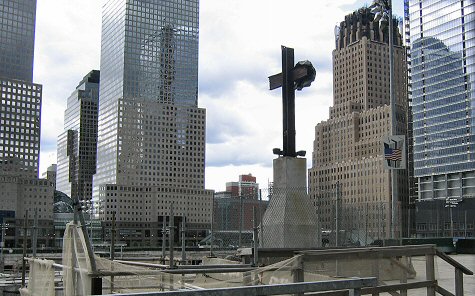 What is the True source of Bloodshed, Persecution & War?

Yesterday was Sept 11th. A date which needs no explanation as we remember the 3,000+ victims of the terrorist attack on the Twin Towers. It was a day where everyone stopped, stunned beyond belief. A day when everyone forgot about what busy work they had that day and started to dwell on what is more important in life. How could there be so much evil? What truly is important in life? What is the meaning of life? And so on.

I am still stunned by what happened. I remember waking up hearing over my roommates radio something about planes crashing into buildings. I thought I was dreaming. I couldn’t believe it, until I saw the images for myself. However throughout that time, we saw a nation come together, support one another and put our differences aside. I don’t remember the last time our nation was so united as one.

Yesterday a group called “Freedom from Religion Foundation” did just the opposite. As everyone took a moment to remember and mourn the many victims and the families they left behind, this group posted a huge full page propaganda in the New York Times blaming religion for this event. “One of the lessons of 9/11 is that there is no greater source of terrorism, strife, bloodshed, persecution, or war than religion.” It is upsetting that they would use this day to send such a dividing message. Is there some merit to what they claim? Perhaps, though I would argue it’s more to do with the brokenness of people than religion itself. It also doesn’t consider the fact that much of social progress and much good has been led by religious groups. But here is what they wrote “The history of Western civilization.. shows that most social and moral progress has been brought about by persons free from religion”.

Social Progress under Religious Convictions
I consider this statement really dishonoring to all the social progress that was done under religion, specifically Christianity. Christianity believes that human life is scared (all people are made equal) and is anchored on the fact that as God loves, Christians should love others. During the Roman Empire, the epitome of civilization at the time, human life was not valued at all. Coliseums were built to watch people kill each other for entertainment or get fed to lions and animals as crowds cheered on. It was considered honorable to kill someone who disrespected you and also to retaliate as needed. “Sanctity of Life” was not common place as it was a society run by respect. During the black plague everyone ran away from the afflicted and refused to be near them. Why should they? They were commoners. They had to watch out for themselves. All create equal? No way. However it was the Christians who flocked to these infested cities at the risk of their own health because of their calling to love all of God’s people. Out of this love, Christianity swept through the empire from bottom up and the fundamental understanding of the sanctity of human life was changed forever and still forever stands as a fundamental understanding of western civilization. The same idea is written directly into the US constitution that all people were created equal. “We hold these truths to be self-evident, that all men are created equal, that they are endowed by their Creator with certain unalienable Rights, that among these are Life, Liberty, and the Pursuit of Happiness.” I am not focusing on the “Creator” portion, but that “all men are created equal”.

How about the abolishment of slavery by the efforts of Wilber Williamforce who spent all his life trying to fight against the slavery crying that it was immoral when the entire economy of the British was dependent on it. Despite heavy opposition (much of everyone’s livelihood was at stake!) and through a lifetime of dedication he paved the way to pass the Slavery Abolition Act. And I don’t have to mention who Rev. Martin Luther King is. 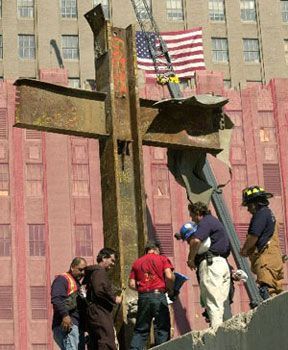 Looking at the Whole Picture
Religion, Christianity included, have resulted in terrible acts such as the Inquisition. This is true and a simple fact. Fundamental Islamist were the culprits in September 11th. (Though let’s be clear these are fundamentalist, not the general Muslim population). But to point to these events and ignore the incredible amounts of social good done by Christians in history and even now is utterly bias.  Just look at human welfare & charitable organizations. After the floods in southeast asia, who were the first to flock over there to help the people? Under what religious beliefs was the Red Cross established? YMCA? Compassion international? WorldVision, Salvation Army, Samaritan’s Purse and so on? Who is leading the way to end sexual trafficking foreign and domestic? Who are heavily involved in working to end genocide in Darfur? Modern science itself bloomed out of the logic that since God is a God of reason and order, that we would find his creation to be the same sending many of our science forefathers in pursuit of what they hoped would be immutable laws at work.

What about godless wrongs?
As mentioned before, how about Nazi Germany, Stalin Russia, Mao’s China, all god free totalitarian regimes? Aren’t those considered persecution, bloodshed and wars? When one looks at the whole of history, it would be hard to argue that religion was the basis of all the evil that has occurred. The only commonality that can be found are that people have differing views, people’s have differing desires and many have went on to assert that desire on others. In the case of inquisitions and sept 11, it was based on some religion, but that is only a tiny fraction of all the wrongs and bloodshed that has occurred throughout history. I would suggest it is human nature, whether it was a desire for power, desire for significance, desire for wealth, desire for respect that has spurred much of the what has gone wrong in this world.

Goal Accomplished
For an organization to use this day to blame one group with a sweeping statement that does not take in facts and much of history is just not right. The sad thing is, there will be many people who see that ad and in that first moment of impression will think to themselves, yes religion causes so much damage and divisions. Despite all the facts in the world that says we can’t so generally blame a group as the cause of so much that has been wrong, if a person sees enough of such propaganda it influences our judgment whether we like it or not. But that was the organization’s intention wasn’t it?

[Any Personal Attacks, Inappropriate Language or SPAM will be removed]