15 years ago, two Stanford Grads, Larry Page and Sergey Brin, founded a little company called Google. Google Incorporated was established on September 7th, Google.com domain was registered on September 15th but the official birthday was formalized to September 27th. Don’t ask me why. With the goal of showing the best results through simplicity and speed, Google entered a fragmented market search engine lanscape. Now it owns more than 70% of the search market.

Search Engines – Still Alive but Changed to Something Else

For a little fun, you can go to Google.com to see their interactive pinata game. 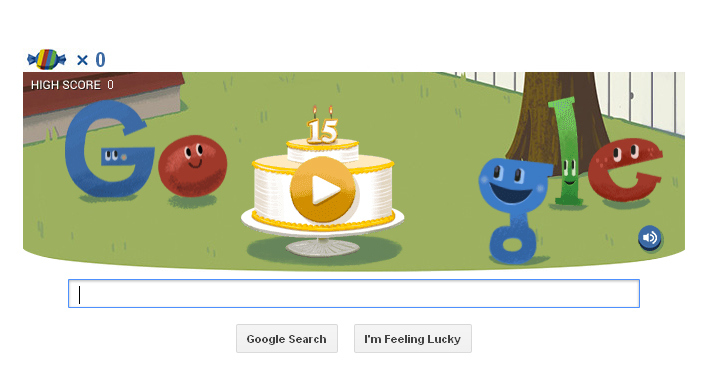 Tried out the Pinata thing. High Score of 174. Beat that.
What was your high score?

For a little more geekier fun, type in “Google in 1998” for a little surprise easter egg. 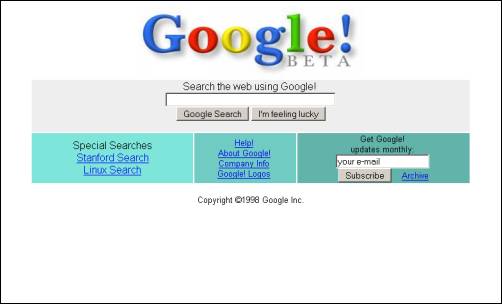 Yes, Google did not have a clean white look until 1999.