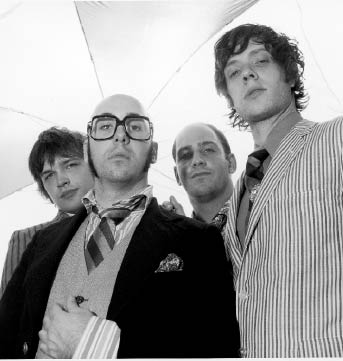 Ok Go is a band formed back in 1998 that became famous through YouTube due to their incredibly creative music videos. In an era where music videos require lot of pizzazz and special effects, this four man band composed of Damian Kulash, Andy Ross, Time Nordwind and Dan Konopka took the online world by storm with their hilarious, low budget videos.

Why is OK Go’s video highlighted on Clean Cut Media?

Simply, because they are creative! We at Clean Cut Media, love.. wait for it.. Clean Cut Media. Rather than just critiquing all that is wrong in media, we also want to give credit to those who are able to produce clean yet creative spots. Any good examples of good advertising or good video should be recognized as a testament that not everything needs to be conform to inappropriate techniques we find in our culture.

Here is the latest OK Go Video. When you have time I recommend checking out all their videos. Each is uniquely creative. They’ve built their own hype and the need to be uniquely creative in each successive video – and they’ve done a good job of it! It’s refreshing to see creativity win rather than simply doing more of what everyone else does. Enjoy.

OK Go rose to fame in 2005 with their single “A Million Ways”. This video was shot in a normal backyard as the band performed a simple yet hilarious dance. It was choreographed by Kulash’s sister, Trish Sie.

In 2006, the band released “Here It Goes Again” which featured a unique dance on treadmills. Again their creative video went instantly viral with over one million views within the first six days. It currently has over 51 million views! Ok Go and Trish Sie won a Grammy award for the “Best Short-Form Music Video” for this hit.

OK Go soon cut ties with their recording label. It has been speculated that OK Go was upset that the label would not allow them to use viral means to spread their music video. They formed their own independent label called Paracadute Recordings.

OK Go – This too Shall Pass

Watch this awesome domino like video. Very, very creative. Reminds me of Honda’s old commercial. It is hard to explain, just watch it, you’ll enjoy it.

“More Beautiful You” by Jonny Diaz 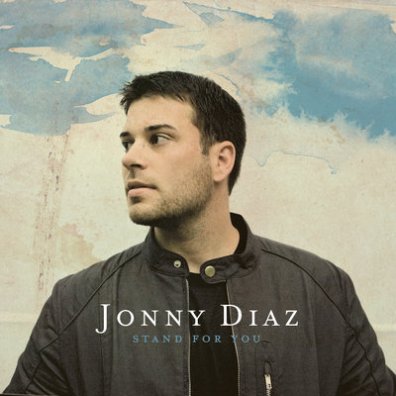 This song “More Beautiful You” was written by Jonny Diaz, a young Christian man, who desired to tell women not to buy into the lies of the media and that what makes them beautiful is not external but within their heart. It’s been climbing the music charts and create a lot of buzz because of the truth in the message. It is a beautiful piece of work and the lyrics are well written.

Have a listen. Lyrics are below.

Get the Song Here:

“The idea that they need to look a certain way in order to be feel beautiful is completely false,” Diaz explains. “Through this song I hope to get the attention of females and tell them the truth found in God’s word, that there could never be a more beautiful you!”

For those who enjoy learning the songs as much as hearing them.

Hope you enjoyed it.
Get the Song Here:

Please Comment Below and let us know what you thought of the song!

If you have not already heard, a young musician named Dave Carroll wrote and produced a music video called “United Breaks Guitars” after his Taylor 714 CE ($3000+ guitar), was broken by the United Airlines Baggage crew and United refused to pay or replace his instrument. Dave Carroll had saved money to purchase this guitar for three years with the hope that once he graduated from Carleton University in Ottawa he could pursue his pro music aspirations.

His video immediately went viral as millions of viewers shared and viewed his music video. He has become a citizen hero to all travelers. When Dave Carroll called in, he kept being transferred to different people unable to get his issue addressed. Then finally when he did reach someone who could have helped, United refused to pay for the instrument. This is despite the fact that another witness on the plane clearly saw the baggage crew literally tossing the guitar and is quoted as saying “My God, they’re throwing guitars around out there!”

Carroll had heard that remark but didn’t connect the dots as he was tired from already traveling for 12 hours. He had carefully protected his guitar in placing his hardshell guitar case into a foam bag. The next day when he opened the guitar case he found it caved in. “I put my hand around the back of the guitar, around the tail pin, and felt that it had just caved in. I probably swore… and what do you say when your guitar caves in like that? There was a silence, and I just put it back in the case.”

He called United but kept getting routed to different employees. He took it to a guitar shop hoping to get it fixed. It cost him $1,200 to fix the guitar but for those who know guitars, the guitar clearly was never the same again.

With the video going viral (currently at 4.1 million YouTube views), United did finally relent and offered to pay for the guitar. They issued this statement: “While we mutually agree that this should have been fixed much sooner, [Dave Carroll’s] excellent video provides us with a unique learning opportunity that we would like to use for training purposes to ensure all customers receive better service from us.”

Dave Carroll has said that when the incident occurred he was angry, but the song he created wasn’t meant for revenge, but is a “light-hearted song, and the idea is to find humor in a situation that is to tragic and happens too often”. Dave Carroll did not accept the offer from United, neither from Taylor which kindly offered to provide him a brand new instrument. He has benefited personally from the attention as he was able to sell a few hundred CDs. His mom helps pack the discs into envelopes to ship them out at home. He has also been offered to do gigs in different locations.

Dave Carroll has said that United should find “someone who is a musician, and might not have the money to fly for medical reasons, and just give them the money to give them a lift — no pun intended. I thought that would be a fantastic idea”.

United ended up choosing to give $3000 to the Thelonius Monk Institute of Jazz, an educational organization which among its board of trustees is the United managing director Sonya Jackson. Well, at least they gave it to someone.

As the “United Breaks Guitar” was originally announced as a 3 part series everyone is waiting in anticipation for part two and three. With the extra publicity, there has been more volunteers to help him shoot the videos. Here at Clean Cut Media, we’ll post the other two once they go public.

Influence of Social Media & the Shifting of Influence

A story like this is not uncommon. There are numerous stories where a consumer who was upset, utilized the web to let the world know how they were treated. When these stories pick up enough steam the accused company has to step in for public relation reasons. This puts a lot of pressure on companies to keep their consumers happy and treat them well. However it also puts a lot of influence and power on the shoulders of the consumer, forcing companies to allocate resources just to make sure an incident like this does not happen. It is a fascinating dynamic that has spawned from the social networking power of the web. With the ability to share one’s story with millions both in the medium of postings or in this case, a well made video, it makes it very easy for a consumer to heavily damage the reputation of a company. It is easy to side with the consumer since the consumer is indeed the little guy, but let’s also remember that many are unlike the kind-hearted Dave Carroll. Out of anger or a personal vendetta, a single consumer can embellish stories and fabricate rumors that even if they are discovered to be unfounded could put a heavy dent into a companies reputation or image resulting in drops in sales and ultimately loss of jobs. The power of the internet as a medium of communication is powerful, but as they say, with great power comes great responsibility. Unfortunately when anyone can access that power (especially those motivated by anger), the outcome becomes unpredictable. 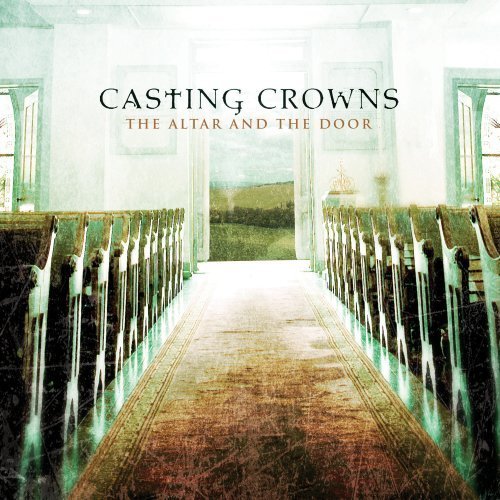 Casting Crown – The Altar and the Door

Casting Crowns is one of my favorite bands because their music is just stock full of content and powerful messages. Casting Crown’s new song “Slow Fade” talks about how mistakes, regrets, wrongs, sins don’t occur all at once or in a single day. It is gradual. It is based on small decisions we make day to day. We find ourselves often having done something or at some place we didn’t expect to be, not because we woke up one morning choosing to do something, but rather little by little our daily choices and decisions led us there.

Get the Song Here: