It’s Back to School & Cyberbulling

One of the biggest is cyberbullying. According to a new study, 1 in 4 kids claim to be targets of cyberbullying, nearly 2 of 3 teens have witnessed cruel behavior online, but only 10% of parents are aware that their own teens are one of the recipients. Most of these attacks happen on Facebook where a whopping 92.6% of teens say cruel behavior takes place. It also happens through other mediums such as Twitter 23.8%, MySpace (17.7%), and Instant Messenger 15.2%.

Is Standing up to Bullies Online Safe?

But what is interesting is how teens stand up to bullies more often online. 40% tells them to stop, nearly 21% ended up telling an adult, while 65.8% responded to the attacker. In the small security of not being physically present, teens respond more frequently.

However, beware, 35% of students also end up responding in person and 4.5% of the teens end up in physical fights. 15% avoided school altogether due to an online incident. Worse, 6.3% of people join in the attack.

It is important that parents are aware of what is going on in the online space because it can have dramatic impact on teens especially during the difficult and emotional years of youth. If your child is is often emotionally down or wants to avoid school, you should be aware that cyberbulling is not a simple issues to be ignored. If that doesn’t move you, know that teens who are cyberbullied are 3.5x MORE likely to attempt suicide! Now that is a scary reality.

Check out the infographic below, and let us know your thoughts. Any of the statistics surprise you? 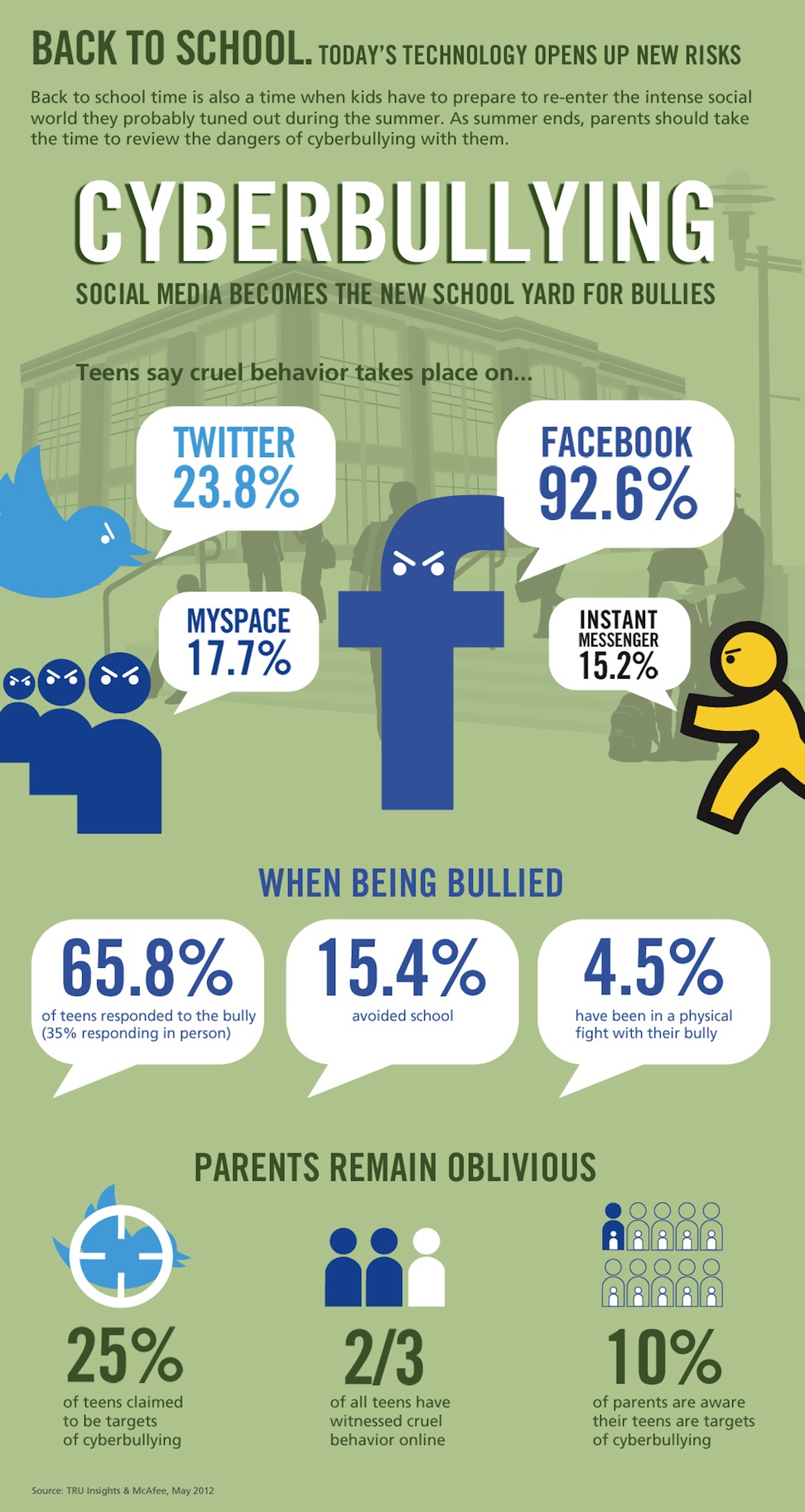 “More Beautiful You” by Jonny Diaz

Vampire Influence on Teenager Self Identity