Colorado Theater Massacre – Who to Blame? 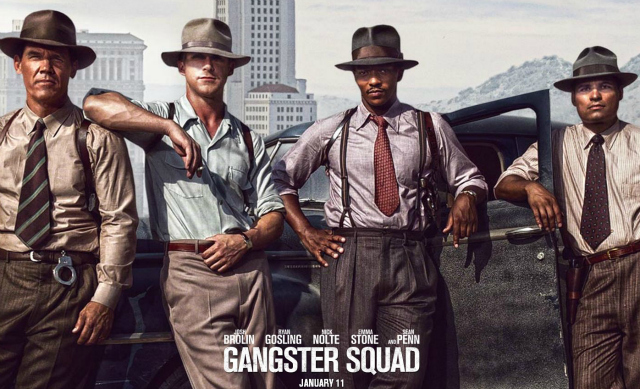 The Blame of Colorado Theater Massacre

The Colorado Theater Massacre is such a tragic story. I am incredibly saddened by what happened and much prayers go out to the families and loved ones involved.

The alleged shooter is 24 year old James Holmes, who faces 142 criminal counts for shooting at a packed midnight showing of “The Dark Knight Rises. For whatever reason, motive still uncertain, he proceeded to open fire into the crowds leaving 12 dead and 58 injured.

In most circumstances as people try to make sense of this kind of senseless killing, our first instinct is to want to blame something or someone. Blame parents, blame media, blame society, blame gun-control or blame the individual who perpetrated it all. As usual, there are a lot of questions and lot of accusations, though surprisingly the outcry doesn’t seem to be as loud this time around.

Traditionally media is one of the biggest targets in the blame game. Considering this was at a movie theater, it seemed inevitable that a lot of blame would be casts on media’s influence on the young mind. However whether it is the immediate responsiveness of Warner Brothers, or perhaps of how ridiculously senseless the deed was – there seems to a lot less finger pointing over this event. Still the film industry is being very cautious and has properly shown sensitivity to what has happened by immediately taking action.

Warner Brothers, the studio who released “The Dark Knight Rises”, quickly removed the trailer for its upcoming film “Gangster Squad” which has been a trailer proceeding “The Dark Knight Rises.” This trailer features a climactic scene in which mob gangsters open fire into a movie theater. Good move. Warner Brothers also quickly removed the trailer from YouTube and other video sharing sites. It is also said that the studio plans to reshoot parts of the movie in dealing with this matter. The studio hasn’t been clear on how they plan to reedit the movie but it will be interesting to see to what extent they would go in response to this tragedy. Will they cut an important scene all together or make minor edits? Perhaps just tone it down? Either way it will cost Warner Brothers a pretty penny. They also stand to potentially lose money by pushing out the release date from September 7th to January 11th as well have already lost money canceling premieres several key global cities out of respect for the victims.

Warner Brothers also announced it was making a “substantial” undisclosed donation to the victims.

Hollywood is to Blame? Or Not?

“I think it’s a tragedy and to blame the movie business is incorrect and inappropriate…” – Geffen, Co-founder of DreamWorks

“I think it’s just an opportunistic scenario… I leave it to people who sit in rooms with diagrams and charts to try to correlate cause and effect. And I think hindsight is 20-20 and we’re not anywhere near hindsight. This is still fresh paint on the canvas of our culture and it remains to be seen. There’s a lot of healing to go on.” – Diane Lane, Actress

“If you are not raising your kids to have balance in life, that is one place we have to look at.” – Will.i.am, Recording Artist

In response to whether television companies should cut down on violence:
“We think about the images particularly that children see, and as we look at the programming that we design for our schedule — obviously, the programming that we produce is educational — but we think a lot about the images that particularly the most impressionable, and I would say that children are at the top of that list, are confronted with.” – Paula Kerger, PBS President

So Who do We Blame? What Do We Really Know?

I would hope that no one would argue that media has a huge influence on the way we, especially as children, view the world, view people, and the norms of society. Cursing, violence, how to treat other people, self-image, view of women, that life is all about one’s own happiness, that power is respected, that being cool or good looking is what matter, that living rich with comforts will bring happiness, that romantic love is the answer to all things – and so on.

I would imagine, it had some various affects on how this shooter viewed the world and the value of human life – but does that mean media is the only thing to blame for such a tragedy? No of course not. There are so many factors involved, that I wouldn’t even assume to know all that went into it. Perhaps parenting, perhaps influence of bad friends, perhaps he had a tragic past, didn’t have a father figure, grew up in a broken home, I do not know. The only thing I know is that it’s a scary thing that he became a person capable of such things. That as a baby he was no different than you and me – but there was something in him that thru circumstances and influences allowed him to do what he did. That is a scary thought and should really humble us to really be careful about what kind of things we allow ourselves (and our children) to be exposed to and the kind of things we listen to.

Protect our Bubble Babies with Our Stuff

Twitter to Censor Tweets by Country – You be Quiet!

Transformers – Why Writers Why?