Did You Know Your Children Can Buy M Rated Video Games?

Did you know your kids may be able to buy M Rated Games?

Did You Know: Selling of video games is self-regulated. This means video game merchants can decide to check ID, not check ID, or just sell any rated video game to any age group. Based on a Federal Trade Commission study, about 20% of minors were able to purcahse mature video games on a national average. One nationwide chain was high as 50%.

US Supreme Court Rules – No Restrictions 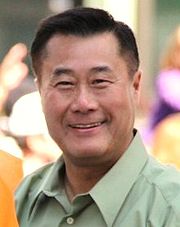 California Senator Leland Yee introduced the original law banning the sale of violent games to minors in 2005. It held a $1,000 fine for any infractions by retailers. He wanted to regulate the video game industry due to various connections between violent video games and aggressive behavior in children. Similar laws passed in other states. This law was challenged numerous times and eventually show down on June 2011.

Why Rule Against Restricting Minors from Buying Violent Games?

One reason the Supreme Court ruled against this previous California law was the consideration that the definition of “violence” was too vague. The video gaming industry defended themselves by proclaiming that even Super Mario Brothers could be considered “violent” and so how is anyone to deem what is violent? On the opposite end of the spectrum was discussions over games such as “Postal 2” where the player can urinate on non-player characters then set them on fire.

Other reasons that were considered was whether the state government should have any rights to implement such restrictions and whether it conflicted with the first amendment.

Are We on a Slippery Slope? Standards Changing?

Ques: If we are allowed to sell M rated Games to kids, why stop there and sell M Rated Movies?

Outside of the ruling here is a question. Are we going down a slippery slope?

Over the past 15 years, I’ve seen the definition of “PG-13” change dramatically over that short period. Standards change over time, little by little.

Forget the arguments about first amendments or the rights of the government for a moment. If we don’t place boundaries on limiting what a minor can purchase, are we heading down a slippery slope? If selling R rated video games is ok, why not R rated movies? Something will have to eventually give. If M rated video games are ok, why not adult movies? How can we say yes to one and not the other? If someone demands these things, how can we argue? Who has the right to determine where the line needs to be drawn? Why?

In the movie industry, we’ve already seen that “line” shift dramatically. There was once a time PG-13 would be completely safe to take your children. Not anymore. Standards have changed over time. Plus who is to say where the line is? It’s concerning when the video game industry seems to have the most say. Is this a subjective matter?

iOS & Android Beats up Nintendo in the Gaming Market