It has become commonplace for internet firms to get in the April Fools media fun. Last year we saw a few hilarious April Fools Jokes from Starbucks introducing the 128oz Plenta & 2oz Micra Sizes to Animal Translate by Google. Some companies like Google have confused consumers by introducing real products like Gmail on April Fools Day!

Let us know what was your favorite and please share other good ones you’ve found on the web! 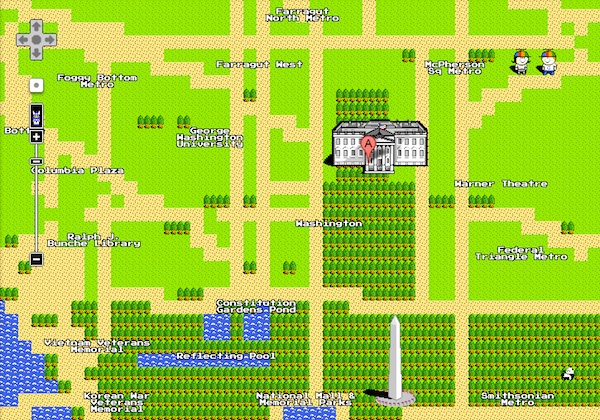 Google teamed up with square enix to added a button allowing users to view a 8 Bit NES style map as you would find it in old nintendo RPGs. Pretty fun to see what your home town looked like in an 8 bit world. Graphics have come a long way! 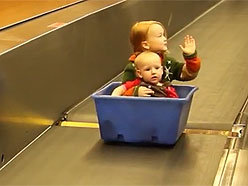 “Kargo Kids is an exciting new program allowing guests to travel on select child-free flights, creating a quieter and more relaxing inflight experience, while children travel in a special VIP area of the aircraft”

What a great idea. it’s like having a play pen section with baby sitters. The question now is, why not MAKE THIS REAL!

Love the images of kids in the little cargo bins. Just watch it.

Need to increase productivity? Forget browser tabs. What if you could click on multiple things all at once! Google Introduces Multitasking on Chrome, but not in the way you would have thought. Now you can control multiple cursors at once! Watch the video below. then try it out yourself! 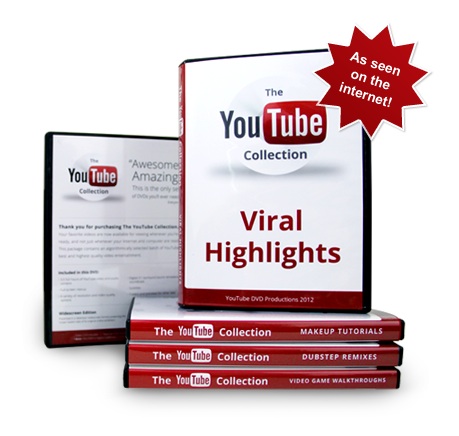 Ever wish you had that YouTube video handy but didn’t have an internet connection? Well now you can order the YouTube Collection on DVD and watch your favorite YouTube videos online. What is in this collection you say? Every single YouTube video ever created. That’s right, it’s the biggest collection you have ever seen and since YouTube is growing like a man-child, the will continue to deliver dvds by the truckloads every week.

All these Ultrabooks and Netbooks were bound to fail. Nothing can hold up to what Apple is doing these days. But this. This just might do it. Check out the new Sony VAIO Q. Amazingly small. It would make Steve Jobs proud. See the video below and be amazed. It’s a laptop literally at your fingertips. 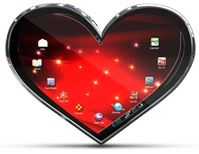 Apple has been making all the news with their new iPhones and new iPads. All other companies have done is to copy iPhone & iPad designs and produce sad copy cats that are dead on arrival. In addition to the Sony introducing the VAIO Q, Toshiba has also been innovating to make the news waves. Finally an iPad killer worth talking about. Innovation at it’s finest. Check out the “Shapes” Tablets. It’s just the kind of thing you would have never thought of. Enjoy!

Get the Toshiba Shapes Tablets Now!

AdBlock has been a wonderful piece of add-on software to help block ads on the internet. I love this plug in and thus wrote an AdBlock review on it. But they outdid themselves this year. Introducing CatBlock. No, it doesn’t block Cats. Rather it replaces ADs with Cat images because you know, we can’t get enough of those cute furry things.

Sadly, it wouldn’t have been a surprise if this was real. Seeing dogs where clothing already is disturbing to me. Luckily, it’s not real, so it’s cute. 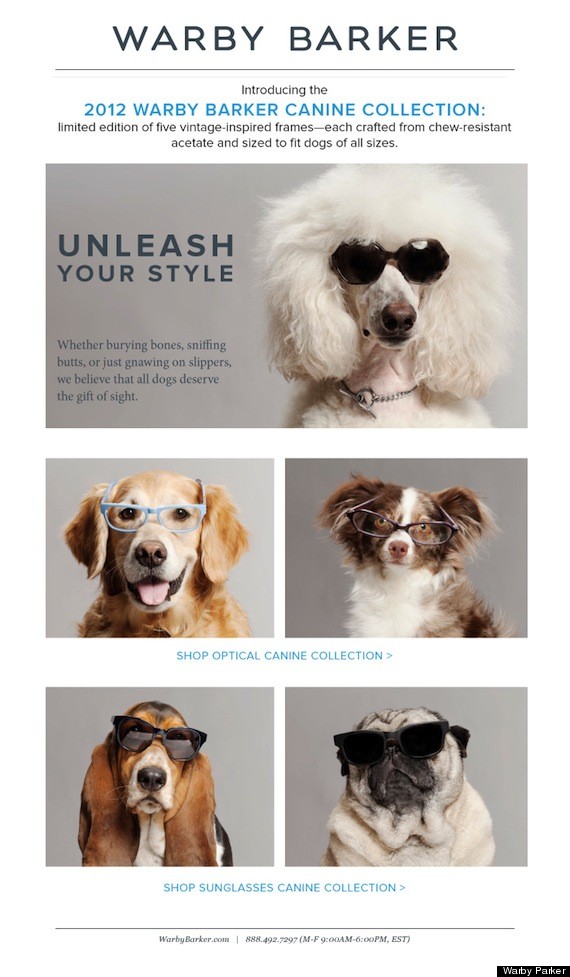 Already Pre-ordered the whole set. Since I am a man, looking forward the blue one. 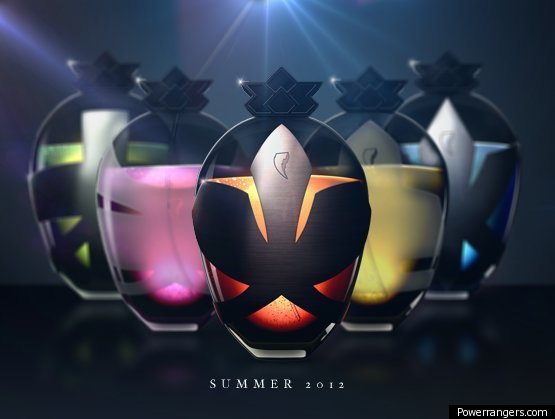 Alright you analytical nerds. Already segmenting your data by demographics? By source? By engines? By location? No idea what I am talking about? It’s ok, you’ll still understand the joke.

Google has plans to expanded their features. Starting in the year 2030, you can know from what planet people are searching from. Is it true men are from mars and woman are from venus? Now you can find out. Google states it will start as far as the Andromeda Galaxy. Check out the screenshot below! 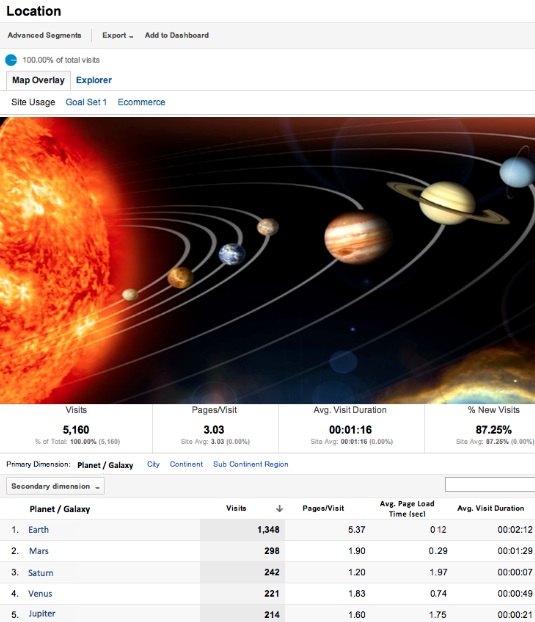 Mashable is a very popular technology blog followed by millions of people including yours truly. Recently we got the exciting news that Conan O’Brien has officially bought Mashable and has Ousted CEO Pete Cashmore. Conan O’Brien is the new CEO and he promises great things.

Lastly, here is a fun video talking about the History of April Fools, or at least their best guesses.