There was some recent news about Twitter having a whopping 60% abandonment rate. This means that for every 5 people using twitter, 3 people decide not to continue using it. This makes sense as Twitter perks curiosity but not many people can maintain or want to maintain a continual feed of “tweets”. This is the same reason there are millions of blogs that are never updated. It is simply a lot of work! We can vouch for it!

However despite a large abandonment rate, ComScore released Twitter Statistics for April and it showed Twitter reaching 17 million unique visitors in the US. That is a whopping 83 percent increase from March! In March Twitter had already doubled it’s user base from the month before.

Below are two fun viral videos that pokes fun at Twitter and the type of info that it is used for. Twitter has often been ridiculed for being the medium in which people update each other about every mundane thing they do. “Watching TV with my Cat” “I forgot how much I like my pickles”

This is a hilarious video of two people at work discussing twitter. One person just started to use twitter and is raving about it’s uses while his co-worker adamantly claims that its absurd. More hilarious if you are familiar with Twitter. (Info: The White Twitter Fail Whale is what appears on the screen when Twitter has a problem such as too many users hitting their servers at once. The Fail Whale has it’s own subculture including t-shirts, clubs and sculptures). Warning, little blood at the end.

Social Media has been rapidly growing in the US in the last few years. Social networks such as Facebook and MySpace are now household names in the likes of Google and Yahoo. 1 out of every 5 people who go online have visited Facebook! It has impacted the way people communicate and relate with one another. People are more connected through easy access, however, as technology becomes more ubiquitous, general social skills and relationship building has taken a hit. It has caused unthinkable issues among the youth, and has even made its mark on our government. As social media continues to make a tremendous impact on US culture how has it impacted overseas in the countries of Asia?

Social Media Networks in Asia: Rising in its Own Way

Social media is stronger than ever not just here in the US but all around the world. The social network users in Asia has grown to an incredible 456 million users. That is almost one third of all online users in the world.

OgilvyOne Asia Pacific, a US based marketing agency came out with a study “Can Brands Have a Social Life” which covered the general differences in the adoption and use of social media by the largest Asian countries. Some are listed below.

Fact: Nationwide broadband coverage and high quality mobile phones has allowed users to post online content at will. South Korea has 92% broadband penetration making it one of the most wired in the world.

Popular Networks: Majority of users use Naver and Daum, both Korean based search engines. Cyworld, the second largest music and video store after iTunes, has 48% of the market share. Cyworld generates sales revenue of over $100 million just from song downloads. 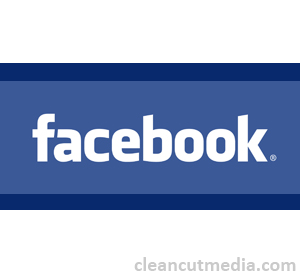 “Thanks to Facebook, I never lose touch with anyone. And that, my Friend, is a problem.”

A perusal of my Facebook Friend roster reveals that I, a medium-social individual of only middling lifetime popularity, have never lost a friend. They’re all there: elementary school friends, high school friends, college friends, work friends, friends of friends, friends of ex-girlfriends—the constellation of familiar faces crowds my Friendbox like medals on Mussolini’s chest. I’m Friend-rich—at least onscreen. I’ve never lost touch with anyone, it seems. What I’ve lost is the right to lose touch. – Wired Magazine

How Safe are Social Networks?

In June, Common Sense Media released a comparative analysis the Internet safety features on the most popular social networking sites such as Facebook, MySpace, Bebo, YouTube, Club Penguin among others.

Though there has been significant improvements over time in building safety features for the users, more than half of the sites were deemed not adequate. Also many of the features are not easy to find or too obscure for the users. However it is still too easy for someone (think: children or teens) to lie about their age or access bad or inappropriate sites or videos.