BBC News recently put up a visual map showing the internet growth from 1998 to 2008. You can scroll through each year and visually see when and where the internet started to grow.

It starts from 1998 where only a few countries had significant number of internet users. Iceland, Sweden, New Zealand, Australia, Iceland, Netherlands, Denmark, and the United States were the only countries with at least 20% of the population online.

Within 10 years, it is astonishing how quickly the internet penetrated into our daily lives. It was only a decade ago that we all survived freely without the “internet” or “email”. Just 15 years ago, cell phones were novel as well. Now we are very dependent on these technologies – just the mere idea of surviving without them seems unfathomable.

A second tab shows internet user counts around the world. As of the time this post was written? 1,719,053,000 users. 214 billion emails sent TODAY, 455,500 blog posts written TODAY (we claim one of those!) and 2.285 Google searches TODAY. Don’t tell me we are not dependent on the internet!

Question of the Day: 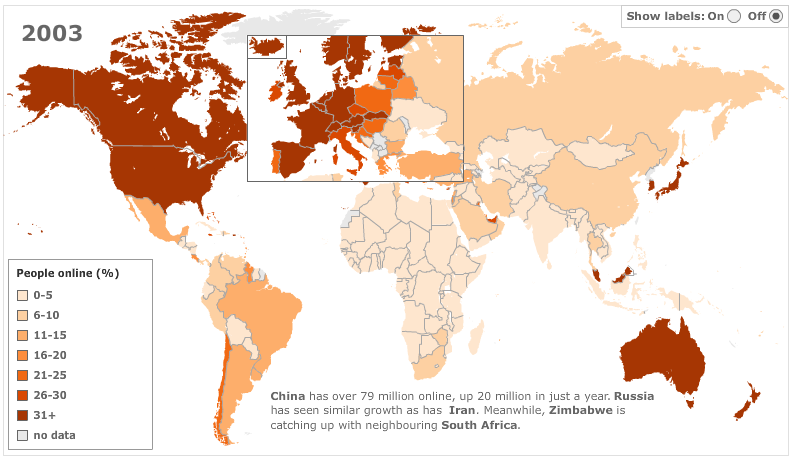