iOS & Android Beats up Nintendo in the Gaming Market 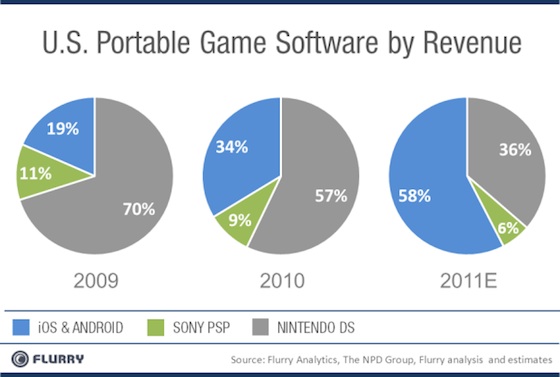 iOS & Android Beating up on Nintendo & Sony in Gaming

Flurry Analytics, a mobile analytics company, has come out with a report showing the shift in mobile gaming from traditional console providers such as Sony and Nintendo towards mobile systems such as iOS and Android. 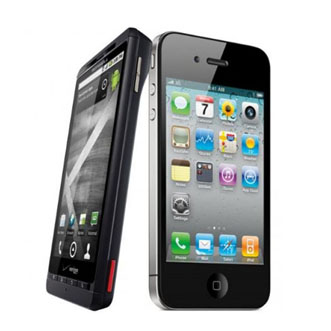 iOS and Andriods leads the charge with a large bank of free and inexpensive games. Sony PSP, Nintendo DS, and any other potential portable gaming platform requires a consumer to spend over a $100 dollars for the gaming device alone then another $30-40 for each game. With the coming of the iPhone, the iTouch, and now multiple Android based smartphones, there is no longer a need to purchase a separate gaming device. Also many games can be had for free or for a mere dollar or two.

Nintendo DS no longer the Big Boy of Portable Gaming

In 2009, Nintendo DS accounted for 70% of all game software revenue. iOS & Android was at 19%. 2011 thus far estimated will see Nintendo drop to 36% while iOS and Android will eat up 58% of the gaming market revenue. This is out of a total portable game revenue pie of $3.3 billion dollars. The days of paying $40 a game seems to be numbered as many games are taking on freemium models where gamers get the game free and has the option to purchase more levels, features, or additional add-ons as they desire.

Nintendo will be facing it’s first fiscal year loss since it first started reporting profits in 1981. With both Apple and Google looking to enter into the TV space, it won’t be long before these games take over the living room as well.