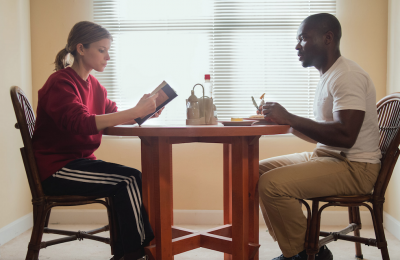 CAPTIVE, based on a miraculous true story that drew the attention of the entire nation, is a thrilling drama about the spiritual collision of two broken lives. When Brian Nichols – on the run as the subject of a city wide manhunt and desperate to make contact with his newborn son – takes recovering meth addict Ashley Smith hostage in her own apartment, she turns for guidance to Rick Warren’s best-selling inspirational book, The Purpose Driven Life. While reading aloud, Ashley and her would-be killer each face crossroads where despair and death intersect hope. 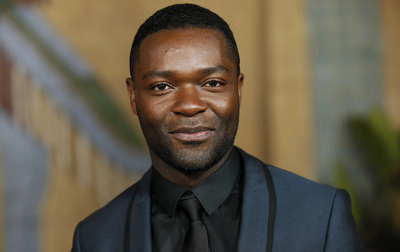 When CAPTIVE first came to my attention, I was slightly intrigued but a little hesitant. I wasn’t quite sure if this was a Christian movie or if it just happened to have Christian themes in it because of Rick Warren’s “The Purpose Driven Life”. I was intrigued by how Rick Warren’s book managed to convict a convict (see what I did there *groan*) to turning himself in. Remember this was based on a true story. How did that book even get into the picture? How did different parts of the book take hold of Brian Nichols? What kind of inner turmoil must he have gone through? I was excited to see what had actually happened. In the same time I knew it would immensely difficult to capture such psychological nuances let alone not come off as preachy or overtly religious. The good news is that it didn’t come off preachy or religious at all. But that is also the bad the news. The movie didn’t really show or explain how different pieces of the book transformed his life. I was expecting the bulk of the movie to be centered around this “conversion” or whatever you want to call it. However it went by quickly without much explanation. I am still left with the question I want answered: “How did Rick Warren’s The Purpose Driven Life, change Brian Nichols from a convict on a murder spree to turning himself in?”. The one question I wanted answered, never was. In all honesty, I think the story could have been better written, and a lot more attention should have been given to how Brian Nichols came around. Perhaps the movie was afraid to dive in because it didn’t want to seem overly Christian? I am not certain. Having said that, the acting was well done. Very believable. David Oyelowo, who plays Brian Nichols, recently got a lot of attention for his role as Martin Luther King Jr. in Selma.

Have you seen CAPTIVE?
Tell us what you thought of the movie below.