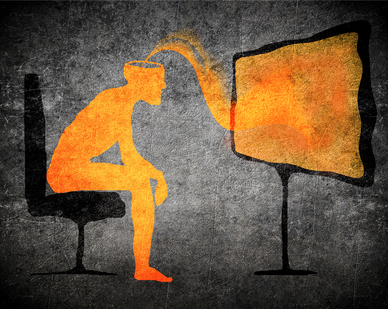 Love it or hate it, product placement in television, movies, music videos and even Broadway plays is here to stay. Product placement is the art and science of getting a company’s brand featured in a popular movie or television series with the implied endorsement that goes along with the placement. Broadcasting & Cable reported that two-thirds of advertisers use product placement as part of their marketing plans, most of which (80 percent) is used in television, according to an Association of National Advertisers survey. With this proliferation of products in the media, it’s difficult to know just how such use of products in media affects the general public.

The Best and the Worst of Product Placement

Opponents of product placement contend that this practice is unfairly influencing the American buying public. However, not all product placement in movies and television is divisive. Some placement is just plain fun. In fact, there are even awards for the best (and the worst) use of a product in a movie or television program. In 2010, Toyota Prius was recognized as “Best Role in a Supporting Product Placement.” Its award got us thinking: when you see a Prius in a movie, does it help or hurt Toyota sales? It is hard to say without seeing the figures but we do know that Prius is by far the best-selling hybrid in the U.S., capturing more than 50 percent of its market.

One very well known product placement comes to mind is when Mars famously passed on allowing M&Ms be the candy that lures E.T in the film. Hershey’s agreed to have it’s Reeses Pieces be used and soon after the film debuted, their sales went through the roof. Other examples are Exxon paying $300,000 for it’s name to appear in Days of Thunder. Pampers paid $50,000 to be featured in Three Men and a Baby. Ray-bans also benefited from it’s exposure in Risky Business.

Apple, whose products appeared in 17 of the 40 top-grossing films of 2011, received more than twice the exposure of the second most visible brand. Apple maintains that it doesn’t pay for placement. Still, its mention in the top seven films of 2011 amounted to approximately $50 million in free advertising, according to BrandChannel.com.

Where Product Placement is Worrisome

Proponents of product placement argue that real people use branded products; why shouldn’t movie and television characters use similar products? They say that to use fake labels makes the production look fake. However, where product placement crosses into that gray, uncertain area is the fact that these ads (and aren’t product placements really ads?) aren’t labeled as such. Unsuspecting viewers (like our children) might just assume that everyone uses an Apple computer or drinks a Pepsi. Perhaps the most worrisome aspect of product placement, as discussed rather eloquently by Edward Wasserman in “The Ethics of Product Placement,” is that it blurs the lines between art and advertising. Would Hemingway write a special scene into a novel just to accommodate an advertiser? Would Francois Truffaut insert a scene especially for product placement?

Eliminating product placement in media is probably not realistic, or maybe even desirable. After all, brand names are a part of every day life. We—and our kids—see them everywhere. However, like all media viewing, responsible parents need to be aware of what their kids are watching and help to counter the endorsements inherent in product placement with real life common sense.