Most companies are still making minimal amounts of money off of their video properties. Hulu, which is relatively small (not in the top 10 in terms of viewers) leads the industry in video advertising. Google is in fifth. Facebook and Yahoo! don’t even register in the top 10.

Facebook announced several upgrades to their photo product. As Facebook already has more internet traffic then Google and with 500 million active users they have tons and tons of potential in the photo space. With these new changes, Facebook is slowly positioning themselves to be a bigger player. Photo-sharing is currently dominated by sites like Flickr (Yahoo! owned). 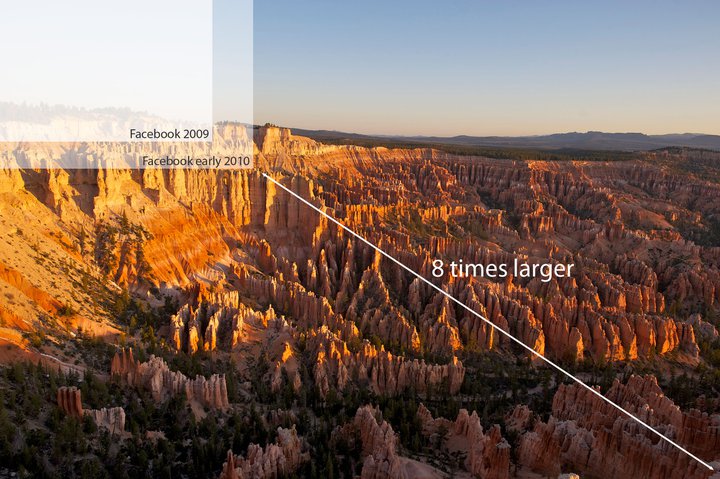 New Album Layout to support High Resolution Photos
The new viewer makes it easier to view and navigate through all your photos without leaving the page. A new “light box” feature darkens the background, making it easier to focus o your photos. 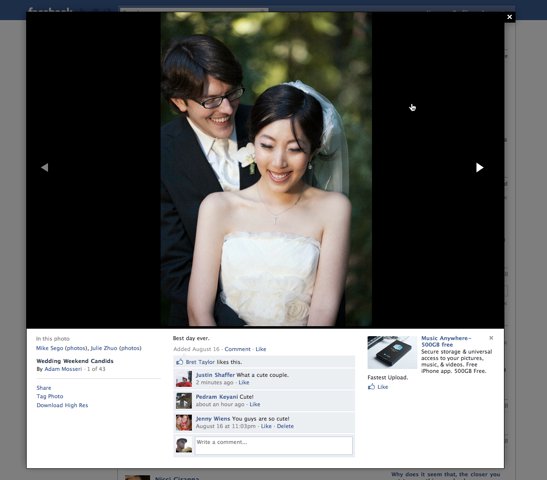 Photographers, Hobbyist, and semi-professionals can now consider sharing their high resolution photos on their facebook profile as opposed to linking out to flickr or other photo sharing sites.

There are still some pending questions that aren’t very clear. Here is the biggest: