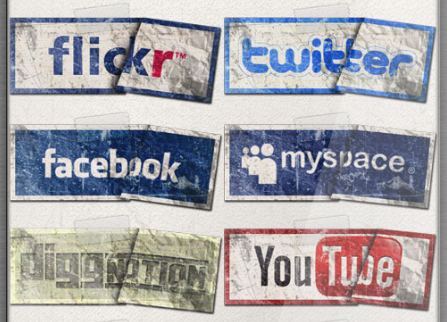 Time spent on social networking has doubled since 2007. Facebook, Twitter leads the way in the ever growing social media presence. ComScore released their latest figures on this social media growth.

The average U.S. online user spends 1 out of every 6 minutes on a social networking site.

That is a whopping 16% of all online time compared to a mere 8% in 2007. Facebook leads the with 700+ million users but many social network sites like Linkedin, Twitter, and Tumblr hit all time record highs this past month of May. Linkedin recorded 33.4 million visitors in May 2011 while showing 58% overall growth from 2010. Twitter 27 million, a 13% growth from 2011. Tumblr 10.7 million with an amazing 166% growth from last year. Tumblr seems to be experiencing a sudden surge of popularity this year. 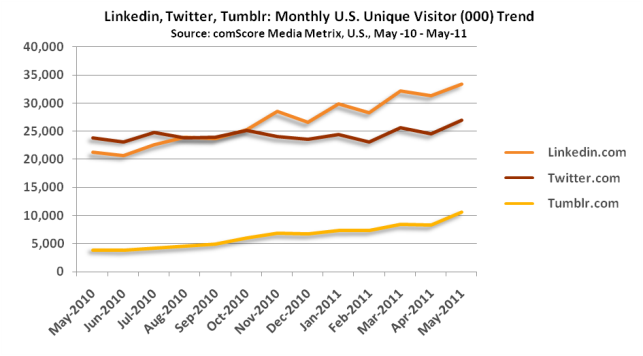 Facebook is currently the 4th largest web property with 157.2 million visitors just in the month of May reaching 73% of the total internet population every month. 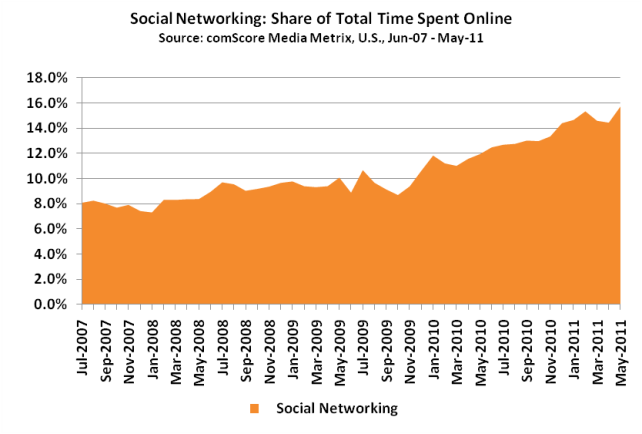 A new wave of IPOs are starting to pop up as Groupon and Linkedin recently went public to spectacular public offerings. Pandora just double it’s price due to demand. Facebook also has plans to IPO as early as next year. Other tech companies such as LivingSocial, Zynga and Twitter are still abuzz and potentially going public as well. Are these companies worth the evaluations they are seeing? We have yet to see. So much of the value is based on potential and potential only at this point.