EA’s Medal of Honor – Play as the Taliban 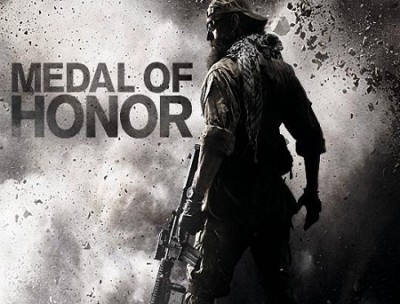 EA’s Medal of Honor – Play as the Taliban

EA’s Medal of Honor is one of the most successful and well known first-person shooters available. In October 12, the latest rendition is due to be released but with a twist – it takes place in Afghanistan and in multiplayer mode, you are allowed to play as the Taliban.

Playing as the Enemy in Video Games

The point of contention with this game is that it is being released while US Soldiers are still in Afghanistan. It is an on-going conflict with many families who have loved ones still still serving overseas. No one argues against games placed in WWII or other long passed wars, but the fact that this game takes place in a current war, has stirred quite a bit of controversy.

A Gold Star Mother Meredith came on Fox & Friends to express how she and many other people have with this title. She
how it is disrespectful especially to families who are losing their children in the war. Meredith herself lost her son in Afghanistan.

“We’ve just come off of the worst month of causalties in the whole war… and this game is going to be released in October. So families who are going to be burying their children are going to be seeing this… I just don’t see that a video game based on a current war makes any sense at all. It’s disrespectful.”

Even the British Defense Secretary Liam Fox had a lot to add to this controversy.

“[It is] shocking that someone would think it acceptable to recreate the acts of the Taliban against British soldiers.”

“At the hands of the Taliban, children have lost fathers and wives have lost husbands.”

“It’s hard to believe any citizen of our country would wish to buy such a thoroughly un-British game. I would urge retailers to show their support for our armed forces and ban this tasteless product.”

[Note that no British Soldiers are actually explicitly in the game. Dr Fox is alluding to attacking ISAF troops in the area of central Helmand where British troops are operating”]

I still remember vividly the tragedy of 9/11. I still remember how horrible and painful it felt to witness such an horrific event. I also remember in a moment of random thought how long it would be before people started to pump out movies on this matter. Movies on WWII are abundant but they all came out years after the wars have long passed. The images from “Saving Private Ryan” or even movies like “Pearl Harbor” would have been excruciating for anyone remotely connected to the war or those who were in it. No one would dare make a movie on 9/11 right away, but how can you know when it is ok? Several movies came out later depicting the conflict but since some time of healing had passed no one flinched.

So the question again is..

What are your thoughts on this matter?
Please do not just say “it’s just a game” or “so and so is a retard” or “if you don’t like it don’t play it”. These are not arguments, it’s a bit of a cop-out and often demeaning.

The question is whether the timing of this game (clearly for the sake of profit) is in bad form or if it’s legit.

An even deeper question if you dare:

I think the answer to these questions are more disturbing than any of the debate over this game.

Are You Addicted to the Internet? Statistics. [Infographic]