OMG: This was my reaction to this:

The recently released version of the game “Love Plus, players can visit 13 real, physical locations with their.. virtual girlfriends? Wait.. what?

A beach resort in the seaside town of Atami about 60 miles southwest of Tokyo, started to target young men who play the game Love Plus. What is Love Plus? It is a virtual sims game where you play as a high school boy in a relationship with a high school girl. The point of the game is maintain and build the relationship. The game became big news when a 27 year old Japanese became so engaged (pun fully, and sadly intended) staged a full on wedding watched by thousands of people online with his virtual fiancée.

Blending the Virtual with Reality

So what is the OMG for? The recently released version had a new feature. In a partnership with the city of Atami, the players can visit 13 real, physical locations and find 2D barcodes where they can scan to signify taking their virtual girlfriends to these location. 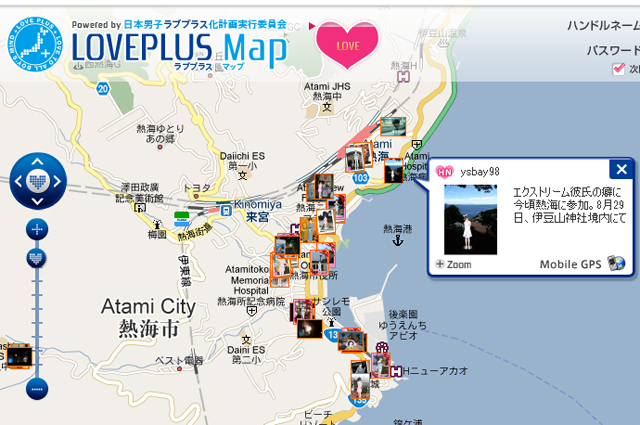 It’s creative idea and it does help the local businesses but… it is a creepy step into blending the virtual with reality. Think about the couple who had neglected their real child while raising a virtual one. Where one starts, the other ends.

The game Love Plus, created by Konami Digital Entertainment, released last September has sold nearly 430,000 copies. More than 2,000 players have already visited Atami since the campaign launched in July.

Colorado Theater Massacre – Who to Blame?