“The greater the struggle, the more glorious the triumph.”

This is a very well done, beautiful short film which will leave you feeling warm and touched. 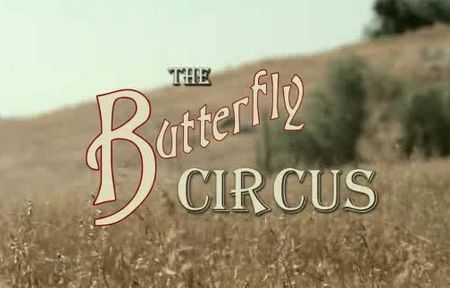 The short film “Butterfly Circus” takes place in the Great Depression. A showman of a renowned circus discovers a man without limbs being exploited at a carnival sideshow. He shows him a bit of kindness, a reaction that this limb-less man has never experienced. Starting with this small encounter, this man without limbs is slowly driven to hope despite all of his life experiences telling him otherwise.

The showman is Eduardo Verastegui (Bella) and the man without limbs name is Nick Vujicic. The ladder is a famous speaker of hope and change. The short film won several awards in the Best Short Category & Audience Favorite Category at the Heartland Film Festival, Palm Springs Short Festival, Ashland Independent Film Festival and Grand Prize winner at the Doorpost Film Project.

Again, “Butterfly Circus” is very well done, beautiful score (music) and the story is very heart warming. Wanted to share some good clean media films such as these. The creators are working on making this into a feature film.