This year, social gaming is expected to become a billion dollar market according to an emarketer report. One Billion Dollars. 62 million US internet users (27% of all online audience) will play at least one game on a social network this year. Social Gaming is gaming that is done through social networks such as Facebook, that integrates social connections in the game itself. Some games supposedly integrate the connections deeply into the game play, but most are simply constructed to let others know of your status in the game and in essence “spamming” others to entice them to join.

I’m sure you’ve seen them, maybe on Facebook, “Bob has leveled up to warrior class 3 and found the golden lamp”. You get enough of those, you start wanting to hurt Bob.

Billion Dollars!? How? What are players buying?

In 2011, US Consumers will spend $653 million on virtual goods in social games alone compared to $510 last year. Virtual goods is the user of money to buy more levels, weapons, hit points, items and so on. Yes, you use money to buy virtual weapons. Much of these goods tend to be low cost in nature, but when all the small spends are added up, it amounts to a huge amount of money.

In addition ad spending in social games is projected to make up $192 million, a whopping 60% increase from 2010. 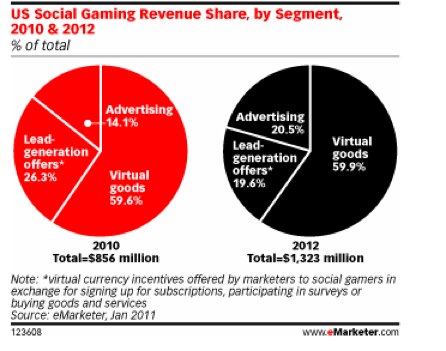 If you thought that was mind-boggling. Forget social gaming. As a whole, Ted Sorom, the CEO of Risty, a virtual currency platform reported that the expected global revenue by the virtual goods industry in 2010 is $7,300,000,000. That is over 7 billion dollars. 2.1 billion is from the US alone. 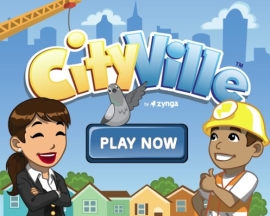 Think about this: Farmville’s all time high number of players if 80 million players. Cityville is recently reported reaching 100 million players. That is why I am announcing that I am currently working on games Metroville and Starville. I am going to be rich.

How is it that people spend so much money on virtual items?

90,000,000: # of Pet Society Virtual Goods sold Every Day.
$635,000: World Record for single largest purchase in an online game. Yes. Online Game purchase. It was the virtual intergalactic resort in Planet Calypso. Yes. Different planet. Users actually make $100,000s of dollars in buying and selling online real estate. I on the otherhand sold a digital camera once on craigslist. I’m awesome.
10%: Percentage of overall items being resold in the after market in OurWorld. This gaming destination aggregates hundreds of third-party games into virtual world with 16,000+ virtual items.

Let us know below in the comments.