Google Buzz – What is the Purpose?

What is Google Buzz?

On Tuesday February 9th, Google suddenly swooped into the social media fray by introducing Google Buzz. What is Google Buzz? It is a twitter like service for sharing thoughts, multimedia and other information with your friends who are also part of Gmail.

Google Buzz is the Buzz of the Internet

Within 2 days, Google reported they are averaging 160,000 comments and posts per hour. Pretty wild numbers especially considering so many social media companies have tried and failed to stir the social media industry. However let’s remember that lot of people are seeing this for the first time and there are plenty of people who will “buzz” once or twice then proceed to forget about it.

Also unlike other services, Google connected their new service with Gmail which means on the flip of a switch they had millions and millions of users signed up for their service. However it remains to be seen what this service will morph into.

There was a huge controversy as soon as Google Buzz went live. Since it is linked directly into Gmail, you are now mixing something private such as your personal email with something as public as Buzz. The result? Lot of angry people.

After Google Wave found criticism for the difficulties of finding other members using it, Google Buzz launched with you connected to tons of people from the get go. All your frequent contacts were automatically added as followers. “Frequency” being quite generous. It could be you emailing them or them emailing you. That’s all it really took. People became very upset that it was easy for people to see who you interact with the most and people who perhaps you do not want to be connected with were automatically being connected because they had emailed you sometime before.

Why the anger? It also opened up access to one’s Google profile thus allowing access to Google Reader Comments and Picasa Albums.

However it really makes one think:

Note: If you want it private conversation, don’t use a public tool!

Google responded very quickly in shoring up the Privacy Concerns by making the auto-follow into an auto-suggest. But for those who were activated early? You’ll have to manually block everyone.

They also added an option to block others from seeing your list as well as the ability shut off buzz altogether.

I was going to post some instructionals on how to deal with privacy issues and also how to shut off buzz, but Google keeps changing the process. All the tutorials out there are outdated. Google outsmarted us again!

Google Buzz UPDATE:
If you’d like to alter your privacy settings you go to “settings” on the top right corner of your gmail, then hit “buzz”. This “buzz” link seemed to be being implemented slowly as different people were unable to see it until very recently. See screenshot below: 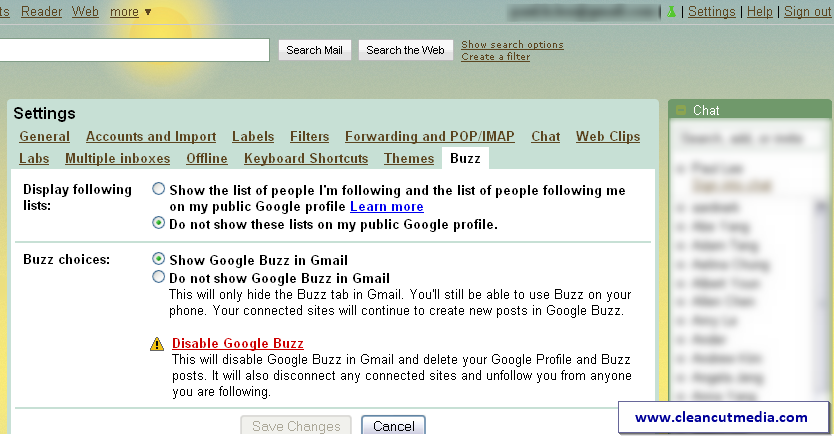 What is the Purpose of Google Buzz? 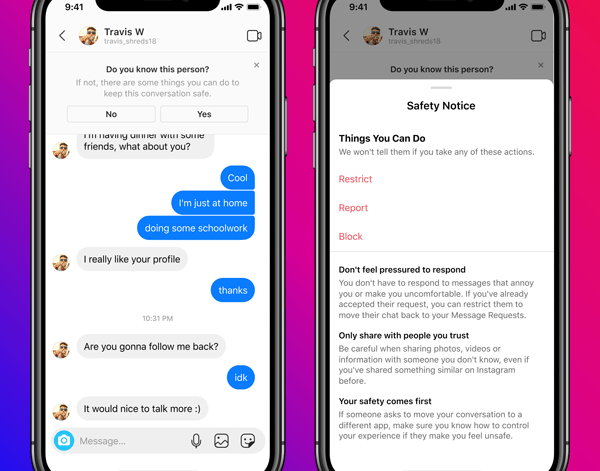