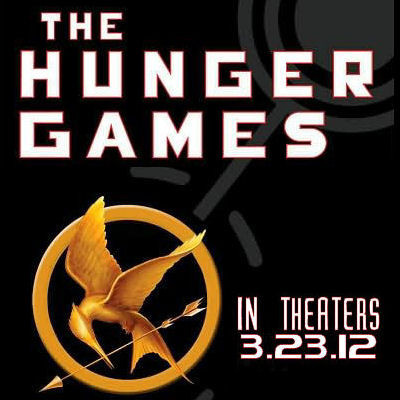 Super Short Review: Wanting to find a fun book to read? Have extra credits on Audible and want wondering what book to download next? The Hunger Games Trilogy. I read it. Ok. So I listened to the Audiobooks. Almost the same thing. It’s an excellent read (listen?). Very gripping. Dives deep into the psychology of it’s characters and touches upon themes of independence, big brother, the sinfulness (evil) of people, trust and relationships. It’s not for children however, tons of violence as expected from a book centered around… 24 youths forced to… battle to the death… more info below.

16 year old Katniss Everdeen lives in a post-apocalyptic world in a country called Panem which lies where United States once existed. Panem consist of a wealthy Capitol and 12 surrounding run down districts. The government holds power through an annual event called the Hunger Games where each of the 12 districts chooses a boy and a girl representative or “tributes” to a highly televised battle royale to the death. The Hunger Games is as much as a “show” as is a fight to survive as your popularity can gain you more favors and donations from the outside world. Unfortunately only one of the 24 tributes are allowed to walk out alive. It is a government that controls through fear and resource control. The winning district is rewarded with food and benefits in a world where resources are scarce. Katniss’ younger sister is chosen as a tribute, so Katniss chooses to volunteer to replace her and thus enters the Hunger Games a place of shaky alliances, friendships, suspicion and a lot of posturing.

The Hunger Games the Movie is Coming – Watch the Trailer

This past week, the first theatrical trailer for The Hunger Games was released to the delight of many fans of the book. The Hunger Games the Movie is set to release on March 23, 2012 featuring Jennifer Lawrence as Katniss Everdeen. It is expected to be a huge blockbuster considering the Hunger Games Trilogy is one of the best selling books in the modern era. It is regularly in the top reads on Amazon, one of the first to hit 1 million sales on the kindle and easily one of the highest downloaded book on Audible. The rights were picked up by Lionsgate. Word is that it will be PG-13. Watch the trailer below!

Government vs Independence: The majors themes in The Hunger Games involve topics of government control vs. personal independence. The “capital” in this book controls the populace through fear and forces the hunger games upon them as a means to assert their power.

Survival vs Value of Human Life: Through the struggle through the hunger games, the themes of survival vs humanity becomes very apparent centered around the value of human life. Lot of the characters struggle through being put in a position of placing their own life against the life of others. What is acceptable for survival? Is it ever ok to hurt (or kill) another person in order to survive? Should one feel guilty over lying and deceiving others as needed?

Selfishness of Man: Personally, one thing I appreciate about these stories is that it is very blunt about the innate selfishness of man. People often want to think that deep down inside all people are “good,” but let’s be honest here. When we look at little children who have no concept of image or wearing masks, we know we are born innately selfish. You need to teach them to share. You need to teach them to be thankful. You need to teach them that they just can’t cry because they don’t get what they want and not to bite the kid next to them. When we are honest with ourselves and our thoughts, our motives, we know that we think mainly of ourselves and how we feel above everything else. We know if all boundaries and rules were removed as it is in the scenario in this book, all hell would break loose and eventually everyone would simply do as they please. Thank God for laws, and punishing sticks.

This book is very real about this truth. When it comes down to it, everyone innately wants to serve themselves. It is a beautiful thing to see characters fight their way away from this innate desire to survive to thinking for the good of someone else even while everyone else is becoming dead to their sensitivity. It is often the thoughts of someone Katniss loves that helps her fight from spiraling into just forgetting humanity altogether. But the struggle is very real and very difficult especially for the main protagonist Katniss. You can tell her natural inclination is to mistrust and watch out for herself. Having compassion and love is a considered a “weakness” within the book especially when everyone in the hunger games are just simply trying to outlive one another. This is true of the real world, where the message often tells us that ultimately we need to watch out for ourselves and do what we need to do to get ahead in life. But just like in real life, it is compassion and love that we all know is how it is meant to be. When we see people suppress the urge to serve oneself out of love for another, it is something we know to be right. When people sacrifice their own good for someone they love, we know that is right. Yet again, this is something that does not come naturally. It is hard and something we need to fight for. I think this is portrayed well within the story.

Other Themes: There is this “love conquers all” type of feeling which is not necessarily a great theme to take in blindly without some context.

Warnings: This is NOT a children’s book. When it comes down to it, it is a battle royale so many people die. Also there is a lot of discussion on deception and posturing which without proper understanding can be really confusing. However it is a relatively clean series in all other aspects. 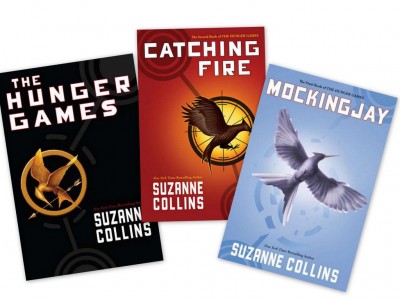 The Hunger Games Trilogy – The Books

The Hunger Games originally released in 2008, followed by Catching Fire in 2009 and Mockingjay in 2010 completing the Hunger Games Trilogy. It has since become one of the most popular, bestselling series. It remained on the New York Times list for over 100 consecutive weeks.

The Audiobook version of the Hunger Games is fantastic. The reader Carolyn McCormick does an excellent job portraying all the various characters guys and girls! Two links for you below.

Audible Subscribers: Book 1 of Hunger Games on Audible is link is HERE

Non-Audible Subscribers: Click on the image below and get the Audiobook Free!

Have you read the Hunger Games?

Let us know your thoughts on the book!

Transformers – Why Writers Why?