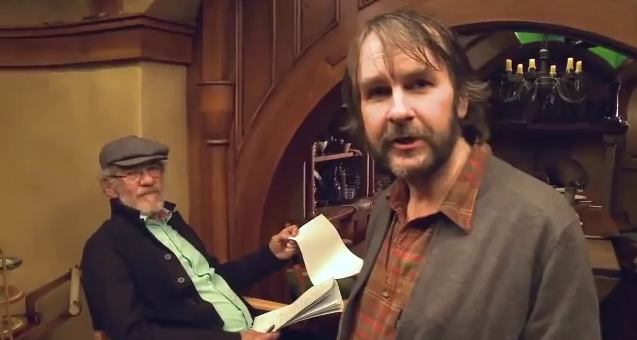 Peter Jackson posted a 10-minutes production video with tons of behind-the-scenes footage for the Hobbit. In this video he revisits some of the locations of the footage as well as gives us a chance to see some of the cast members interacting with one another. See Andy Serkis, Ian McKellen, Martin Freeman and Richard Taylor of Weta Workshop in action. [That is Ian McKellen aka Gandalf in the picture above with Peter  Jackson]

The Lord of the Ring series, though contains a lot of violence, is a very clean set of movies with tons of great themes such as friendship, love, morality, and deeper themes of the human condition of pride, power, and greed.

Check it out Below! Let us know what you think in the comment section below! Anyone excited to see this?

Watch the Best Movie Films of 2009