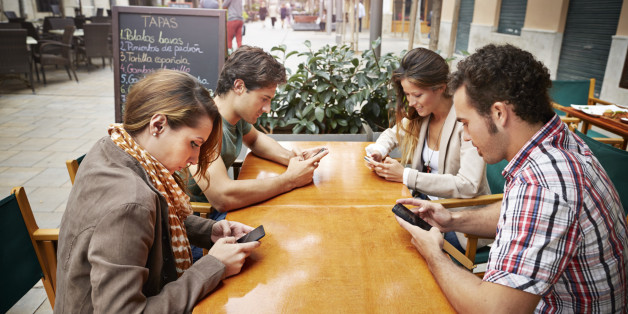 A new study on teen smartphone usage from San Diego State University showed that teens who spent more time on their smartphones were markedly unhappier. Professor Jean M. Twenge, Gabrielle Martin and W. Keith Campbell analyzed data of a survey given to more than a million U.S. 8th, 10th, and 12th graders. This survey asked the youth about their phone, tablet and computer usage as well as various questions about their happiness, relationships and social interactions. The study showed that teens who spent more time on the screen, whether playing games, browsing the internet, using social media, or watching videos, were considerably less happy than those who spend more time playing sports, reading books or participate in other face to face social activities.

Screen abstinence not the answer

Professor Twenge also found that complete screen abstinence doesn’t necessarily lead to happiness either but the happiest teens were those who had less than an hour of screen time a day. After an hour, the unhappiness level rose with screen usage.

More and more studies continue to show that the smartphone may be destroying a generation and a growing call for more moderated screen time both for children and for adults. Another study that tracked half a million teams since 1991 showed that the spike in teenage girls online usage seemed like the most likely culprit behidn the surge in rates of depression, suicide and thoughts of suicide. “The increase occurred right around the same time smartphones became popular,” Twenge said. Suicide rates for girls aged 13 to 18 surged up by 65 percent between 2010 and 2015. Symptoms of severe depression increased 58 percent. About half the youth who spent more than 5 hours a day on a smartphone, laptop or tablet said they had thought about or attempted suicide at least once, compared to 28 percent among those who spend less than an hour a day on the screen.

What do you think?

Vote on the Polls below. Come back later to see poll results!