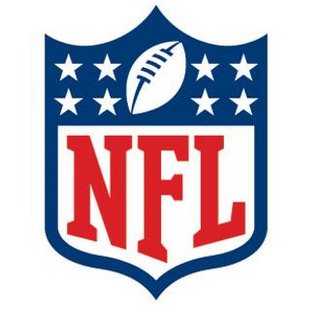 It’s that time of the year again. Superbowl! Though most people don’t care too much about who wins the big game, everyone wants a reason to get together and enjoy some good food and good company.

Another tradition of the Superbowl is the million dollar TV commercials in between the coverage. Advertisers spend several million dollars and pour hundreds of man hours try to capitalize on the large Superbowl viewer base. Due to the expensive nature of these TV Commercials, these TV advertisements get critiqued and scrutinized on how creative and effective each spot is. Hundreds of articles and top ten lists discuss how good or bad each Superbowl TV Commercial was. Hundreds of sites will take polls and stream every Superbowl TV ad to be viewed again and again long after the game is done. But what about the cleanliness of the ad? How about ethics?

The following videos are service ads shown on TV or other mediums in order to send a social message. Each of these TV spot videos are done in slow motion to enhance the message. The first video has to do with fire arms. The second video has to do with slowing down driver speeds in residential areas and the last is promoting the use of seat belts. Each of these videos use some powerful imagery to shake people into thinking about these issues.

Disclaimer: I am going to spoil a bit of the punchline but I need to get this disclaimer out. Those who are faint in heart, there is a portion here where the ad leads you into thinking something is going to happen, but it doesn’t. Just know this is a CLEAN video.

Apple’s newest ad for their ipod games was a little different, in a good way. Their agency, TBWA/Media Arts Lab, created an ad on Yahoo where the actions of the Iphone impacts all the different elements on the Yahoo page.

What happens when you take the a great TV Commercial idea and add athletes? A wonderful TV Commercial with, you guessed it, athletes. Companies take great care to only use the most clean cut of athletes to promote their brand.

Mastercard “Priceless” Commercial: Peyton Manning
Below is one such example of using Peyton Manning, the quarterback of the Indianapolis Colts, in one of the most creative campaigns in TV history – the priceless Mastercard series. Following that is two very well made TV series by the NBA.

Nokia’s Recent Bruce Lee Ping Pong Viral Commercial has been making the internet rounds. I would have to assume this is a TV Commercial being shown in China? It’s one of the top viral videos online and it is not surprising. Take a look as “Bruce Lee” as he plays Ping Pong with a pair of nun chucks. Throughout the video you have no clue what the commercial is for, but it ends with a note referring to the phone. How effective is it? I am not certain at this point, but cleaver enough to draw enough eyeballs and have it shared throughout the net.

Two videos are posted. See Below!

This advertisement was shot using 300 Gigashot Cameras, the highest number of moving image cameras ever used to film a sequence. Utilizing full looping action in 360 degrees view, this involved 20 Terabyte (that is 20,000 GB) of data which took 4 weeks of 24 hours a day video processing time. New editing software was built just to carry this out. The Cost? Word is going around that it costs nearly $4.7 million dollars. The music is originally by Crystal Castles called “Air War” but remixed by Advert Shock Remixes (NKNB).

So how did they make it? See below! 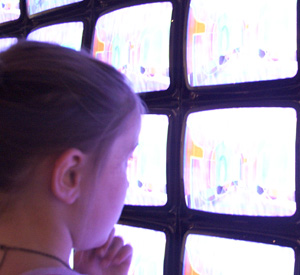 New research found in the November Issue of Pediatrics, suggest that pregnancy rates are far higher in teens who watch a lot of “sexy” TV shows that involve sexual behavior and dialogue. Teens who watched such shows were twice as likely to become pregnant over the next three years.

This research focused on shows that highlight “positive aspects” of sexual behavior without properly showing the risks involved. Such shows can lead teens to have unprotected sex. This study follows previous research from the same group that have already found that watching a lot of sex on TV can influence teens to have sex at earlier ages.

Producer: “We Know Why You Fly”
The ad shadows a film producer who’s working with an eccentric director on a film about Parisian squirrels that ride scooters. The director constantly changes locations, which leaves the producer with limited rest time except for international flights in American’s Business Class